We offer multiple monoclonal antibodies for labeling Bcl-2 in human, mouse, rat and other species’ tissue.  All of our anti-Bcl-2 antibodies are designed in Immunhistochemistry(IHC) and every lot is also validated by IHC.  These antibodies have been tested in formalin-fixed, paraffin-embedded samples from human tonsil and patients with non-Hodgkin’s Lymphoma or in tonsil.  They demonstrate excellent specificity and localize to the mitochonria of cells as expected.  In addition to the antibodies shown below, we also offer cocktails of multiple clones including a BCL2/782 + BCL2/796 cocktail and a 100/D5 + 124 cocktail.  Please click here to see all of our Bcl-2 antibodies. 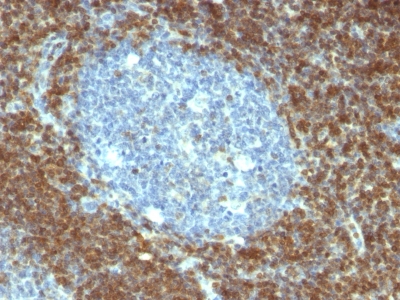 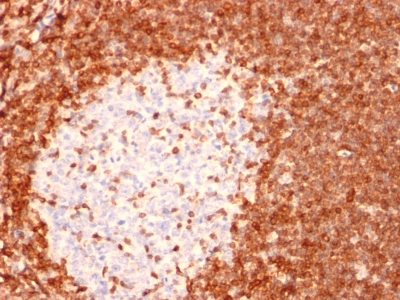 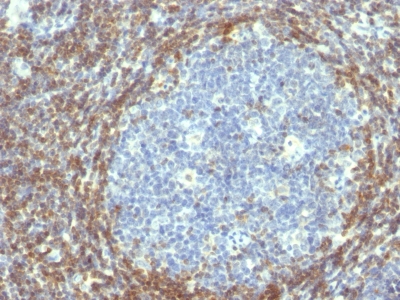 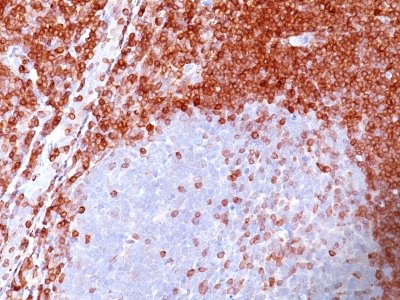 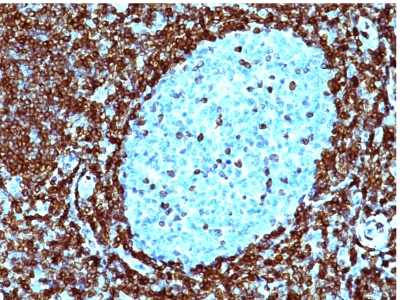 We offer recombinant bioactive Bcl-2 proteins synthesized based upon human sequence. View this data to see our high purity.  Please click below for more data and information.  As always, our recombinant proteins are built on our mission to provide high purity and BioActivity proteins at low prices.  Try 50 ug of our human Bcl2 protein from $179.

Bcl-2 (Bcl2) is an member of a family of proteins which regulate apoptosis. It was initially described in follicular lymphomas and has since been identified as an oncogene for many cancers.  Bcl-2  is generally expressed on the mitochondrial membrane and serves to antagonize the apoptotic function of other proteins including Bax and Bak.  These proteins generally induce permeabilization of the mitochondrial membrane resulting in cytochrome C release, a critical signal in the apoptotic event sequence.  These proteins are inhibited by Bcl-2 to arrest apoptosis and promote cell survival.  Although this is important in normal physiology, this anti-apoptotic mechanism is often hijacked in cancers and autoimmune diseases to promote survival of tumor cells or auto-reactive immune cells.  Because of its critical role in promotion of these diseases, Bcl-2 is often measured as a prognostic marker.  Positive Bcl-2 staining is considered indicative of poorer prognosis and increased incidence of relapse.
enQuire Bio, LLC   8420 S Continental Divide Rd, #202   Littleton, CO 80127
Chat: See lower right corner. | enquire@enquirebio.com | Fax: 1-720-897-3730
Customer Service Available M-F 8AM-6PM MST or 24/7 Via Email
This website uses cookies to improve your experience. If you continue browsing, we'll assume that's ok. Otherwise, change your browsers settings before you continue.
Accept
Privacy & Cookies Policy
Necessary Always Enabled